Metamorphic Rocks can make a great source of material when it comes to hardscaping an aquarium or terrarium. These types of stones are a compressed version of sedimentary rocks which we know to be very popular amongst vivarium enthusiasts. This article will provide a deep dive into slate rock and aim to cover every aspect of its use in aquascaping.

What Is Slate Rock?

Slate Rock is a metamorphic rock composed of various types of compressed sedimentary stones. This rock is most notably known for its slender look when harvested. The foliated thinning slate exhibits are caused by the rock evenly splitting along the veins. Due to the low-temperature pressure, this clay-based mineral is put through, it is one of the finest-grained metamorphic stones found today.

Slate Stone has a relatively long history of use in vivariums. In the primitive days of aquascaping, Slate was used as a base to support aquariums built during the Roman Empire era. This proved to not only be a great source of material to use in bioactive enclosures… But also allowed early hobbyists to safely heat the tank during colder seasons. Another great use of Slate Rock observed by enthusiasts is its valuable use for breeding. Angel Fish will use this rock to place their eggs on. If you have Angel Fish and they start to pair up, try placing a piece of Slate vertically within the tank to influence breeding.

Slate Rock is widely recognized for its plate-like properties. Being a low-grade, fine-grained rock, Slate is a smooth textured stone that exhibits foliation throughout its surface. The recognizable foliage is also referred to as slaty cleavage. Due to the circumstances that form this type of metamorphic stone, it doesn’t have much of a porous texture like many over-hardscaping rocks. The edges of slate can be rather sharp and since this is generally considered a harder rock to work with, use caution with open edges in enclosures with inhabitants.

The colors of Slate will vary based on the compressed minerals contained in the parent stone it is harvested from. Typical colors will range from brown, green, grey, and blue, to even purple. Even though Slate Rock of all colors is usually safe for vivarium use, it is good practice to do an alkaline test on the rock if it’s going in an enclosure that needs to stay in a particular PH range.

The last property to note about Slate Stone is its weight. When compared to other types of vivarium rocks, Slate is on the heavier side of the spectrum. This is something to keep in mind if you are considering its use in tanks with inhabitants. A rock this heavy could prove difficult to move, ship, or house in a stable way.

Slate Stone is a rock typically found under the earth’s crust all over the world. This means it can only be mined and dug up. The original material is at one point, a fine clay, sometimes mixed with volcanic dust or sand… Over a period of time, the weight of the earth’s outer crust packs the minerals down causing it to take on its hard-foliated look. Once discovered, either through tunneling into the ground or brought forth from a natural earthquake, only then is Slate revealed in its natural habitat.

Due to its sedimentary composed material, Slate virtually has no impact on the environment it is placed within. This makes Slate ideal for any type of vivarium. If for any reason you experience a shift in PH after placing this stone in an aquarium, it either has been exposed to influential minerals or needs to be cleaned… Or it is not true Slate Rock. If you are not sure if rather or not the Slate you have is authentic, pour a small amount of vinegar on the rock, and if it bubbles… Don’t use it! True Slate is inert and will show no signs of alkalinity.

Slate Rock is a pretty versatile material to use as a hardscape. Having such an unusually narrow structure, allows the stone to be stacked in a number of interesting ways. Since Slate works effectively well as a centerpiece, it can either be used as a standalone hardscape piece, or in conjunction with other woods or stones. Once firmly placed, this rock is a great building material to construct caves as well as waterfalls.

Slate scores high on our list of suitable vivarium rocks. There’s a lot to be respected about the historical stone. Being a material that has little to no impact on the environment makes Slate great for freshwater as well as saltwater tanks. The foliation this rock exhibits allow total creative freedom to construct the hardscape in a natural way. The flat surfaces of this stone make it one of the best rocks to use for spawning and feeding. Another good takeaway is Slate’s ability to retain heat. This is a great characteristic for reptiles being kept in enclosures if you place this rock near basking areas.

Slate does have a few things to keep an eye out for though. For one, it’s a rather dense rock to work with. This is something to be mindful of when stacking rocks into a tall formation. Loose rocks of this weight that haven’t been properly secured can cause harm to inhabitants or damage the enclosure.

Another caution to look out for when using Slate Rock in a vivarium with inhabitants is the sharp edges. Oftentimes, broken areas around the trim of the narrow stone will cause harm to tank mates that bump into the stone. To avoid this, trim or file sharp edges into more rounded corners. Another easy option if the noticeably sharp edge is only on one side of the Slate Stone would be to place that part down into the substrate.

With Slate Stone being so abundant, it can pretty much be found on the market anywhere. Most forms of Slate are sold in hardware as well as gardening stores. For the sake of assuring the Slate, you seek to purchase is safe for vivarium use, I’d highly recommend going with a source that is selling Slate specifically marketed for aquarium use. This will guarantee the Slate bought is authentic and 100% safe for tank mates. Click the image below to find out more about the current price and other relative info:

Slate Rock can be a pretty straightforward rock to work with. There are a few precautions to keep in mind though. Always clean new rocks regardless if they come “pre-cleaned” or not… This will assure nothing toxic on the surface of the rock leeches into the tank. I will dive deeper into how to do this down below.

In most cases, newly acquired Slate Stone will need slight preparation before going into a vivarium. This will matter more for aquariums rather than terrariums since unclean stones will cause water to change color. Begin by placing stones in a bucket of cold water. Lightly rinse each stone thoroughly with a medium-pressure hose. Use a bamboo skewer to assist with breaking up debris trapped in small crevices. repeat this process until you are able to place stones in a clean bucket of water and observe no noticeable change in color. Avoid using chemicals or strong water pressure so that the rocks aren’t worn down drastically and lose their aesthetic.

Slate Stone is a fairly easy rock to break into smaller pieces if needed. In fact, a little too easy! In many cases, the hobbyist will simply bash a towel-covered piece of rock with a large hammer. This is great for breaking stone into lots of tiny pieces of rock… The downside to this is the potential pile of an undesirably crumbled pebble.

Another way that I much prefer it with a rockhounding kit. Chiseling off parts of the rock is a more controlled way to break Slate stone into desirable pieces. No matter which way the rock is broken up, make sure to wear safety goggles because parts of the rock will go airborne. Also, reclean rocks as needed once they are broken.

When designing a new enclosure for the first time, it would be best to stick with one type of stone to use as a hardscape. Furthermore, this type of rock can be hard to come by depending on where you are located in the world. If, for any reason, you find Slate stone difficult to acquire, or simply want to consider something different… There are a wide variety of stones to contemplate. Here are some other types of stones one might find are worth taking a look at in the place of Slate Rock: 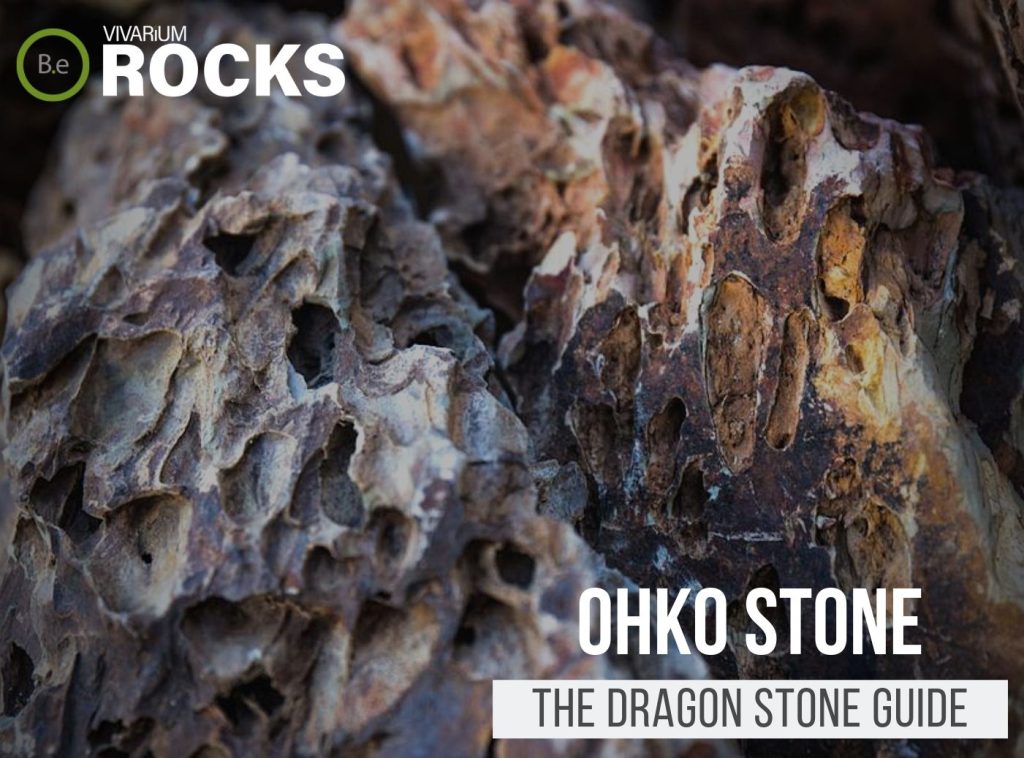 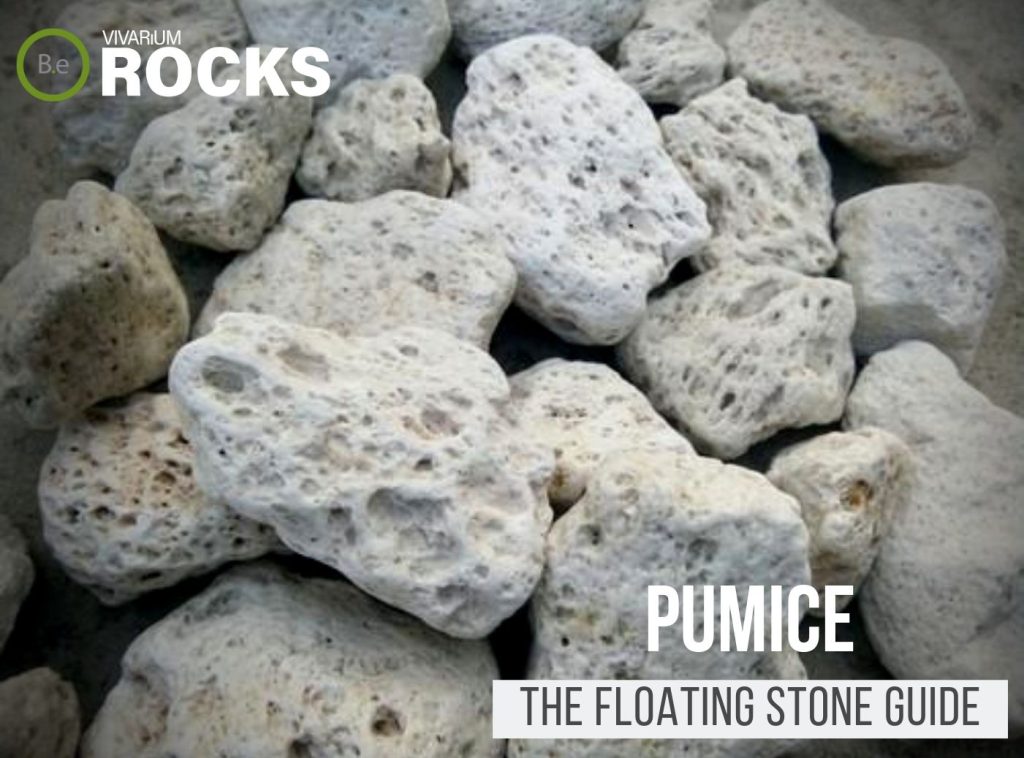 Slate is an awesome rock to consider in any kind of vivarium. It’s an exclusively great material to use with breeding angelfish. When done correctly, it makes for an amazing hardscape structure that will tie in the overall look of a tank. Above all, it won’t negatively affect the PH or hardness of the water it’s placed within. Aside from being a heavy rock to work with or the potential dangers of sharp ungroomed edges… I highly recommend the use of this rock and plan to use it in a revamped design for the Paludarium later this year. What are your thoughts on Slate? If you’ve used it in the past, what were your personal thoughts on its usefulness?