Choosing the right plant to use in a vivarium can seem quite overwhelming at times. There are so many endless options of interesting vegetation to choose from. Narrowing it down to the best or most near-perfect selection can seem almost impossible. However, there is no need to panic. There are a few varieties of vivarium plants out there that are almost always a must use. One of those many species is the Heartleaf Philodendron.

This specific type is said to be “harder to kill than to keep alive”. As the saying suggests, the philodendron is extremely easy to keep and grow inside an enclosure. With that in mind, there are still a few tips to look out for to see it at its full potential. This article will provide a complete understanding and care guide to growing a Heart Leaf Philodendron.

What Is Heartleaf Philodendron?

Throughout the years there has been a lot of confusion and debate surrounding this plant’s name. Some even claim it is the same species as its previously mentioned sister, Philodendron Brasil.  Actually, the most significant difference between the two seems to be that Brasil is variegated and heartleaf is not. To this day, it is not thoroughly known whether or not they are completely different plants. What is knows is that depending on where a species of plant is distributed, it will evolve differently. Thus, causing many different variations of the same type to be scattered across the world.

P. Scandens don’t really have eye-catching flowers. In fact, they produce what is known as spathes. While they are considered flowers, spathes are more like little flower holders or covers. They are green in color and oval in shape. However, these spathes will most likely not make an appearance when growing inside of a vivarium.

Heartleaf Philodendrons are usually desired amongst those in the vivarium world due to its unique foliage. The leaves of this vine can vary in color but are usually dark green and glossy. Their specific appearance will depend on the maturity of the plant. For instance, older leaves will tend to be dark green and shiny. On the other hand, young (baby) leaves will look coppery and look almost see-through. Unlike some other plants, the P. scandens will remain green year-round. The leaves can grow up to 10 inches long, but will usually be between 2 to 4 inches. Meanwhile, the plant can reach heights of up t0 20 feet when left to grow. The overall size of the plant will depend on the environment/enclosure that it is growing in.

Much like its sister, the sweetheart plant falls under the category of climbing Philodendrons. This means that they are vining in nature and will climb up any kind of vertical surface close by. For this specific reason, the plant has two types of roots. First, they have subterranean roots, which is what they use to absorb nutrients from the soil. These roots will remain buried and are generally larger. When grown in the wild, they can reach lengths of up to 60 feet. Then there are aerial roots. There are used by the plant to “stick” themselves to other surfaces, as well as absorb nutrients and water from their surroundings. Unlike subterranean, aerial roots will be much smaller and always remain unburied.

Heartleaf Philodendron is a species that can be found all around the world.  It is native to South, Central, North America, and the West Indies. In the wild, they can be seen naturally growing in tropical rainforests, as well as river banks and swamps. Due to their superb climbing abilities, they also tend to climb tree trunks and other plants in their surroundings. Although the sweetheart plant survives a wide range of temperatures, it will not do well in anything below 55 degrees Fahrenheit. Its’ ideal temperature for optimal growth falls anywhere between 65 to 78 degrees Fahrenheit. Too much or not enough heat will ultimately affect the plant’s growth rate.

Most Philodendron species will prefer slightly acidic to neutral PH. However, they can still endure slightly different ranges, as long as they are not too drastic. Almost all of the varieties will survive and succeed in PH levels between 4.5- 6.0. Heartleaf Philodendrons are no exception. However, they do tend to flourish even more in between 5.5 to 6.0.

Just like most Philodendrons, Heartleaf Philodendron can do very well in a variety of vivarium types.  Although there is no determined enclosure that it must be placed in, some might be better than others. The amount of space available is one of the most important things to keep in mind when making a decision. In addition, Heartleaf Philodendron should also be provided with tropical, moist, and well-drained terrain areas. Here are recommended vivariums it will do well in:

P. Scandens is a terrestrial-based plant. For this reason, they should not be placed fully submerged in water. Although they will appear to be doing just fine at the beginning, they will eventually die off. On the other hand, most species can do quite well when only its roots are placed in water and the leaves allowed to grow above water.

The exact location of where a Heartleaf Philodendron is placed in a vivarium will probably vary depending on the individual growing it. Since it is a magnificent climber, they can be placed near one of the vivarium’s sides and allowed to creep its way up. Or even towards the top of the tank and allowed to cascade down. Doing so will allow for its vibrant foliage to grow freely and truly be showcased.

Last but not least, most hobbyists will recommend placing the vine towards the backside of an enclosure. If grown too close to the front, the plant can easily grow too large and become overwhelming.

Heartleaf Philodendron is not very picky when it comes to the substrate. However, there are still some guidelines that should be followed. Just like most other Philodendron species, this type prefers aerated, organic, and well-drained soil. Soil that is loose enough will allow for the subterranean roots to easily bury themselves and work better. Some recommended substrate will be A mix of 2 parts peat and 1-part perlite. Sand and vermiculate will work just as well in providing drainage.

Plants in the Philodendron genus can do very well within different lighting scenarios. Overall, they will prefer a moderate amount of bright light. Direct sunlight is not recommended since it will drastically harm the plant and eventually kill it. Heartleaf Philodendron follows the same rules. However, it will be able to grow better in darker conditions than its variegated sister.

When setting up lighting inside of a vivarium, fluorescent lights are usually the way to go. Cooler colors that resemble a partially shaded day should be used. Avoid any type of light that has high levels of UV rays. This will be like placing the plant under direct sunlight and eventually scorch its leaves.

In order to tell whether or not P. Scandens is receiving the right amount of light, pay attention to its foliage pigmentation. A yellowing of multiple leaves is usually an indication of too much light. Meanwhile, if the plant’s stems appear to be getting leggy, with large spaces between each leaf, then it is not receiving enough light.

When shopping for Heartleaf Philodendron, expect a few key indicators you are buying the best quality plant. The plant should be insect free along with any other types of pest. In addition, the purchased plant should be green, vibrant, and healthy-looking.

Try to avoid any browning or wilting leaves. Those are usually signs of poor health and could make it harder for the plant to survive. Click the image below to find out more about the current price and other relative info of this plant:

The care and propagation of Heartleaf Philodendron will be almost identical to most other species in the same genus. In general, they are very tough plants that will survive almost anything. Nonetheless, the two most important things to keep in mind will be water and light. As long as both of those needs are properly met, there should not be much to worry about.

Heartleaf Philodendron can be propagated through the use of seeds or cutting. However, the easiest and most convenient way will be by stem cuttings. Grab a healthy adult plant and cut off about 4 to 5 inches in length off the top of the stem. The new pieces should then be re-planted somewhere moist and warm in order to grow. They should have taken root after only three to four weeks. If done correctly the plants should remain green and progressively grow. If the cuttings appear brown and dry it means that they have not taken root.

Heartleaf Philodendron prefers a moderate amount of watering. Its soil should be evenly moist when watered and then allowed to start drying before doing it again. Waterlogged or soggy soil will cause the subterranean roots to rot and eventually kill the plant. Although too much water is not healthy for this vine, not enough of it will also cause some issues.

An easy way to tell if it is receiving an adequate amount of water is by looking at its leaves. If they appear to droopy, then that’s an easy way to know something is not right. To determine if the plant needs, simply push a finger into the top layer of the substrate. If the top inch is dry to the touch, then you can proceed with watering, and if it still feels moist, then you can wait a few days before checking again.

Adding diversity to an enclosure is key to an aesthetically pleasing setup. Try mixing up the look of your vivarium with different flora that can easily co-exist in the same types of environment. Furthermore, if for some reason you find this ivy hard to acquire or would like to consider something similar to this plant… Here are some other vine plants you might find may do well with or in the place of Heartleaf Philodendron: 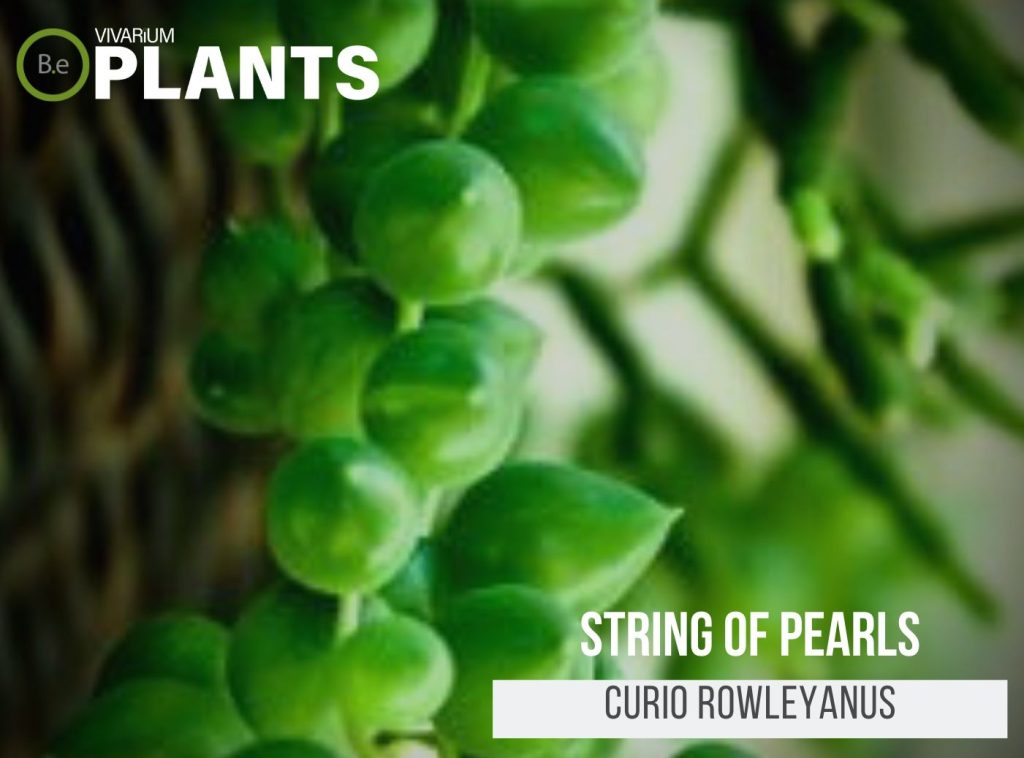 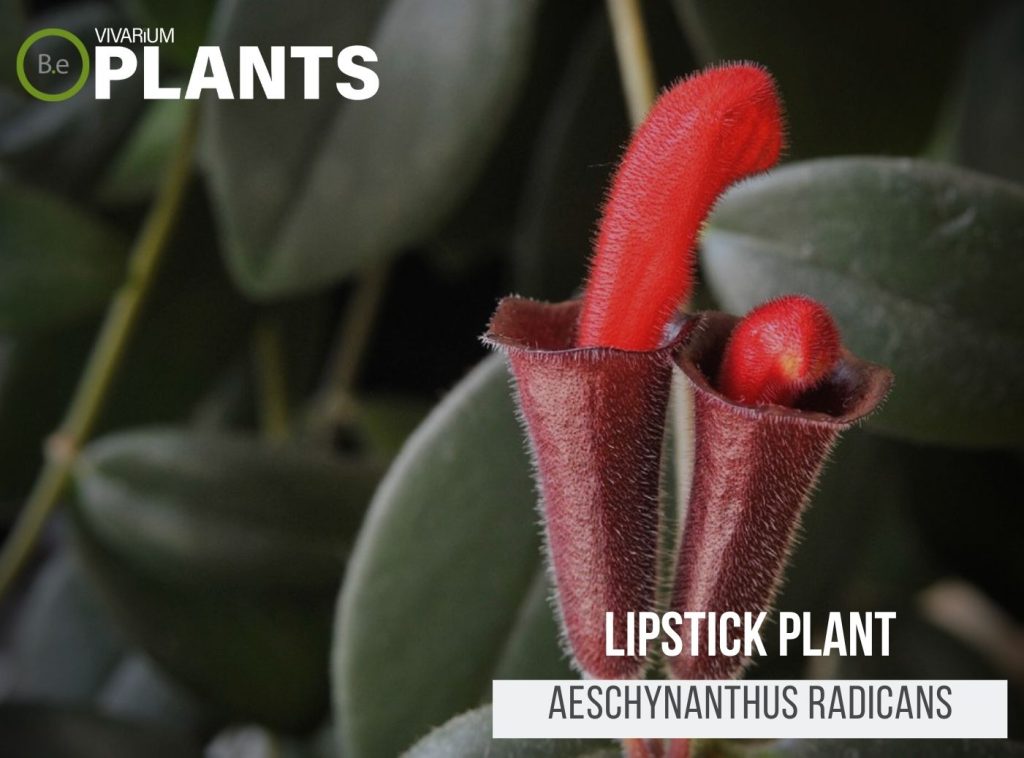 As you can now see, Heartleaf Philodendron is extremely similar to its sister plant Brasil. Their care and propagation are basically identical with only a few minor differences. When trying to decide between the two plants to add to your vivarium, always keep in mind the size and lighting available.

The Heartleaf variation is a much more vigorous grower, which will need more space and very frequent trimmings. It will also thrive better in lower light situations. So if you are worried your setup might not provide as much light as most Philodendrons require, the Sweetheart Plant is the way to go. Have you ever used this specific species? If so, what was your favorite quality?

Be The First To See My Latest Builds: