Malaysian Driftwood is one of the most popular woods to use in a vivarium to date. This wood usually comes to mind when hobbyist think of driftwood for aquariums. Everything about Malaysian wood defines the criteria of what enthusiast hope to expect from its use. This article will provide a full understanding on what exactly the driftwood is and how to maintain it within an enclosure.

What Is Malaysian Driftwood?

Malaysian Driftwood is a unique type of wood exported from Malaysia. Different varieties of trees originate in the country but the most highly sought after wood comes from a plant called Diospyros Ebonasea. This perennial plant produces some of the densest and darkest wood used in many industries. Ebonasea is part of the genus Diospyros which is a group of dark woods also typically referred to as Ebony.

Malaysian Driftwood is commonly called Malaysian Blackwood or Ebony due to its trees being relatively dark in appearance. Blackwood is an evergreen tree and is considered one of the hardest softwoods used commercially. This driftwood is extremely favorable within the aquarium niche because of its looks, density, and slow rate of decay. Other industries find this wood valuable and can be found with use in flooring, furniture, and even sculptures.

Diospyros Ebonasea is a very easy wood to identify. The dark contrast of ebony trees sets them apart from others. Blackwood will often exhibit a dark brown color with streaks of black flowing throughout the wood. In fact, some variations of the driftwood may appear so dark that it almost looks black entirely.

Size and shapes will vary based on the particular specimen bought. Most driftwoods from Malaysia are usually found to be in the shapes of a whole or part tree trunk. The sizes will typically range between 6 to 10 inches depending on the source.

The density of Malaysian Driftwood is another notable feature that sets this wood apart from others. It is one of the heaviest and most durable woods used in the vivarium hobby. Ebonasea even has the tendency to be less brittle than ebony woods found in other parts of the world. This is why many vivarium enthusiasts find Malaysian Blackwood to be the best driftwood to use on the market.

Malaysian Blackwood is indigenous to the forest of Malaysia. Other species of the Diospyros genus can be found around the world but will have a different set of characteristics. African Blackwood, a similar species within the ebony group, is a more brittle wood that looks and feels similar to Malaysian Blackwood.

Malaysian Driftwood can have a heavy influence on the surrounding areas it’s placed within. In many cases, this is the major reason hobbyists choose to use wood. The dark driftwood will leech moderate amounts of tannins into the aquarium water. This will cause the water to take on a tea-colored tint while simultaneously lowering the PH and hardness drastically. This is ideal for tanks that require a PH level to be under 7.

Malaysian Driftwood is great for both aquariums as well as terrariums. This versatile wood will provide a healthy source of food to invertebrates as it breaks down and leech into the water. Use this wood risk-free in any type of vivarium that doesn’t require water hardness to be above 7. Here is a recommended list of vivariums Blackwood are commonly used in:

Malaysian Blackwood can be used in a number of ways within a vivarium. This type of driftwood is commonly used as both a hardscape as well as a substrate for many vivarium plants, biofilm, and algae. They last longer above water and are in most cases presoaked to remove excessive tannin.

In aquariums or ripariums, this wood can be used for a number of years before fully decaying. As the wood begins to deteriorate, a biofilm is formed along the surface. Shrimp along with many other types of aquatic animals will feed off of the film digesting healthy nutrients.

In terrariums and the land portions of a paludarium, Malaysian Blackwood can be used right away and will continue to age giving off a settled look. Birds, reptiles, and amphibians will use this wood to stand or climb to higher positions within the enclosure. Driftwood being placed above water will not have to be pre-soaked but should still be securely placed.

Malaysian Driftwood is excellent driftwood for all level hobbyists as it doesn’t present the potential dangers woods typically. The exotic look will add detail to any enclosure it is placed in and will hold up for a relatively long time before decay. The moderate levels of tannin released are beneficial for freshwater setups and often ideal for Blackwater tanks. Blackwood will provide a place for inhabitants to hide, breed and eat. This type of driftwood is non-toxic, making it safe for all kinds of inhabitants.

One of the biggest drawbacks of using Malaysian Driftwood in aquariums is its discoloration tendencies. Some enthusiasts love the look of this wood but don’t want like the look of the darker colored water. To prevent this presoak will be a necessity and might take a long period of time to saturated before use.

Due to the low water parameter influence, this wood would not be ideal for hard water enclosures that require the PH to be above 7. The wood does float when it’s dry so that may require periods of pre-soaking or anchoring.

One final disadvantage with Malaysian Driftwood is its rate of decay. This wood is not considered rot-resistant. Above all, it will last much longer than most softwoods but overall it does still have a shelf-life.

When looking at Malaysian Driftwood for sale, expect a few key indicators you are buying the best quality wood. These woods should always be free of pests. In addition, the source of driftwood should come from a contributor who Preferably specializes in the pet industry. Avoid taking these from hardware stores or outdoors unless you can assure the wood hasn’t been treated with toxic chemicals or pesticides. Click the image below to find out more about the current price and other relative info:

When acquiring Malaysian Driftwood for the first time, it may need to be properly conditioned before going into a vivarium. All pieces should be inspected to make certain no pest or rot has takin residence within the wood. Once checked, it can be cleaned and placed securely within the desired enclosure.

Above all, It is always a good idea to sterilize driftwood when you first receive it. A light brushing will knock excess dirt and sand off. If additional cleaning is required, pressure washing Blackwood would be the next step in cleaning it. In addition, if the pieces of wood are small enough to fit in a pot, boiling the wood is a definite way to kill bacteria as well as saturate the wood from tannins that will lead to unwanted water coloration.

Malaysian Driftwood is without a doubt one for the easiest dwood to sink. On the contrary, if you dont mind the color change in your tank, this wood is pretty much instantly submersible. Simply place it directly in the tank and form it to the desired position.

Adding diversity to an enclosure is key to an aesthetically pleasing enclosure. Try mixing up the look of your vivarium with different woods that can easily co-exist in the same types of environment. Furthermore, if for some reason you find this wood hard to acquire or would like to consider something similar to it… Furthermore, here are some other kinds of driftwoods you might find may do well with or in the place of Malaysian Driftwood: 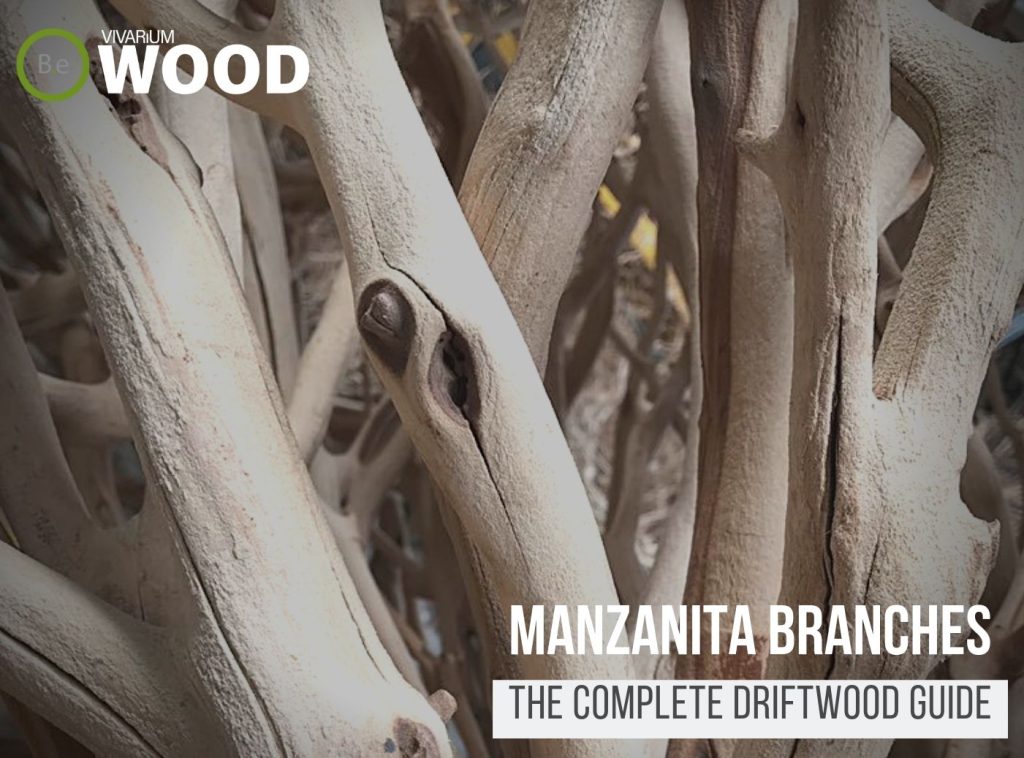 When deciding on a suitable driftwood for a vivarium, Manzanita Branches are a great choice to consider. These woods come in a variety of fashions and provide a number of benefits for aquariums as well as terrariums. These driftwood are long lasting and very eccentric materials to use for decoration. This article will act as… 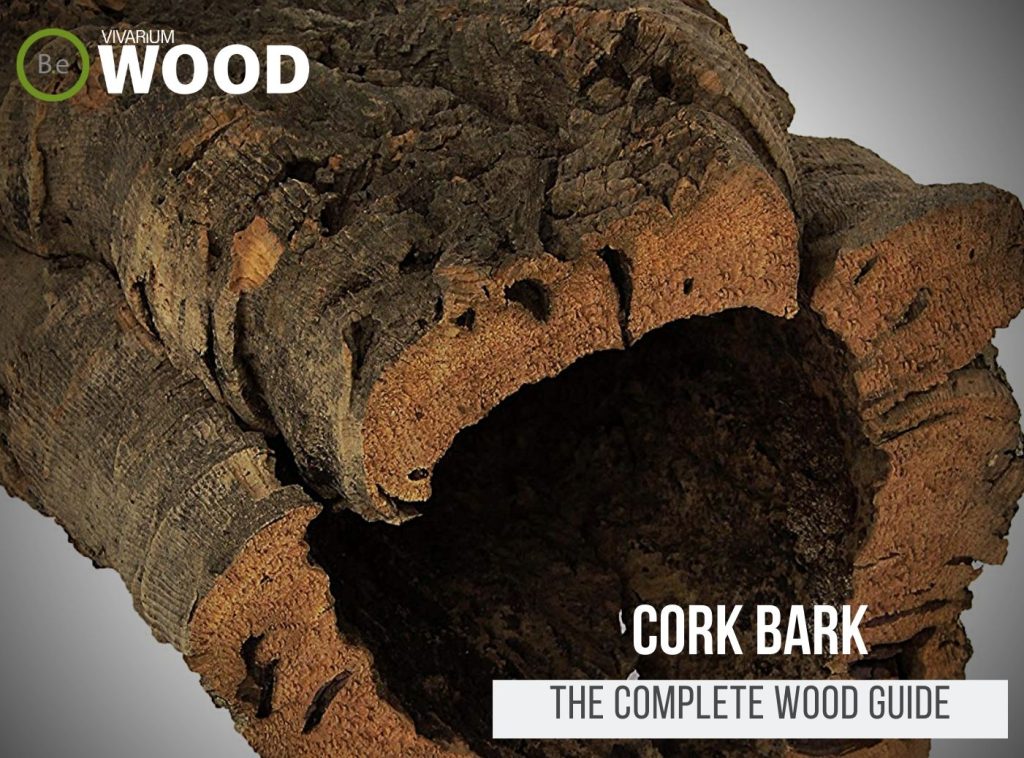 If you are looking for a hardscape wood that is eco-friendly, virtually waterproof, and extremely buoyant, you should consider Cork Bark. This wood is very unique from other driftwoods and is widely utilized within the vivarium niche. Many hobbyists might already be familiar with its use in dry enclosures like terrariums but Cork can also… 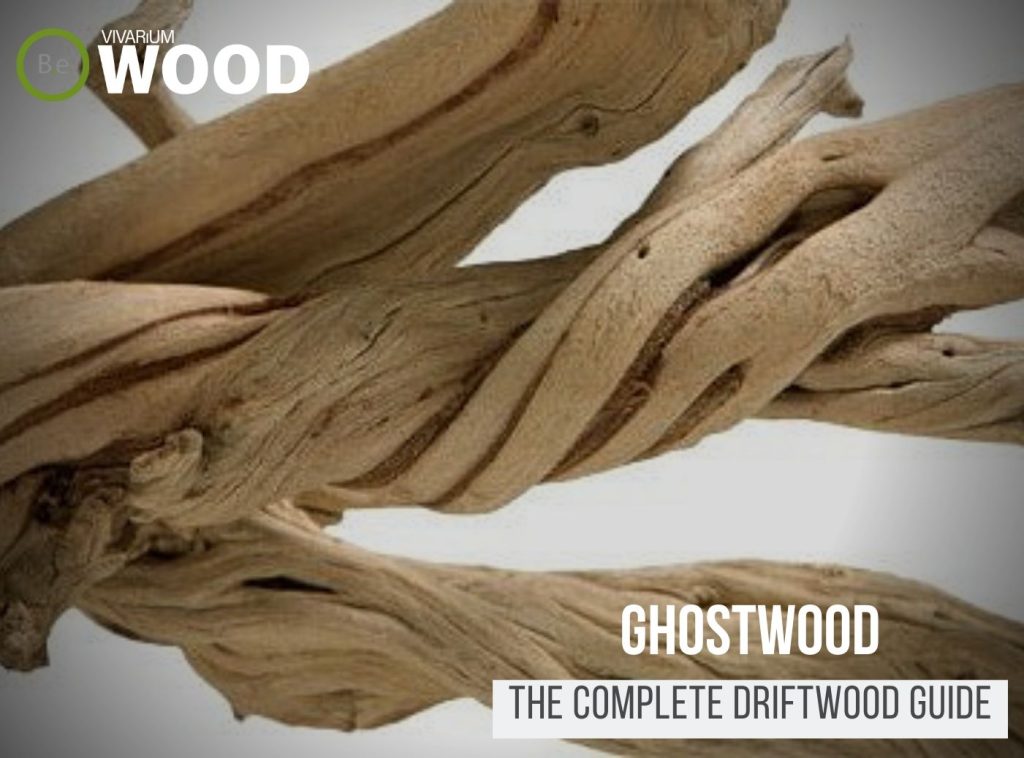 Ghostwood is rather unusual and mysterious driftwood at first glance. The erotically twisted stems that branch out from the trunk can give off a very eccentric appearance to any vivarium it is placed in. If you’ve ever wondered what exactly is this type of driftwood and what is it capable of, this article will fill…

In conclusion, Malaysian Driftwood is easily one of the most popular vivarium woods to use in any setup. All the things that make driftwood desirable can be found within this wood. Its sinks almost instantly, its visually striking, and it provides a number of benefits to both the enclosure as well as its inhabitants. If you are reading about this wood for the first time, you should now be able to tell why it is so highly sought after. Furthermore, what are your thoughts about wood exported from Malaysia?