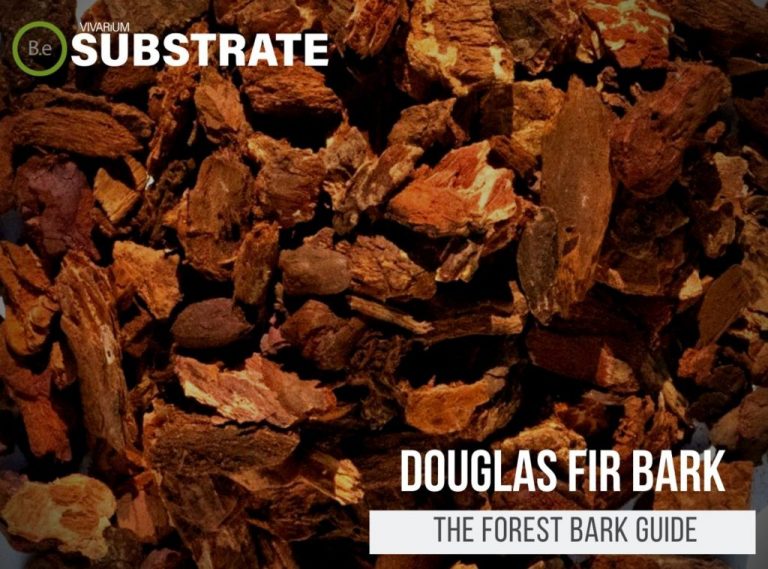 Like many conifers (trees that bear cones), douglas fir trees produce bark that is very useful in horticulture. When used as a compost, this natural material is proven to have a multitude of uses. Fir bark is even considered to most, one of the best types of bark to use in tanks that keep inhabitants along with vivarium plants. This article will provide a full guide on what the byproduct is as well as cover correct ways to use it within an enclosure.

What Is Douglas Fir Bark?

Douglas fir bark often referred to as fir bark, is material harvested from the outer crust of a Douglas fir tree. Scientifically known as Pseudotsuga Menziesii, Douglas fir trees grow a dense layer of bark on their trunk to protect them from wildfires, pests, and other potential threats to the tree. Additional common names of the bark include forest bark and reptile bark due to its popular use in vivariums.

Douglas fir is a very popular tree to use during the Christmas season due to its affordability compared to other types of conifers. If you celebrate Christmas, I’d imagine how tempting it may be to collect a bit of bark before tossing the tree out next year. The botanical name Douglas fir was coined after the Scottish botanist, David Douglas, discovered the species in the late 1800s. Despite the name, douglas fir isn’t considered a true fir to modern scientists. The scientific name Pseudotsuga translates to “false hemlock” because of its close resemblance to the hemlock species as well.

Douglas fir bark is one of the most identifiable barks in its region. Often recognized for its grayish-brown color, the bark exhibits a reddish-brown color at the bottom of its furrows. On larger trees, this bark can grow to be very thick with deep crevices revealing the inner furrows. Fir bark can vary in size depending on the form it is sold in. When sold as a shredded mulch, fir bark can be categorized by its size. This would include medium (1 to 2 inches), small (.5 to 1.5 inches), mini (.25 to .5 inches), and finely shredded (under .25 inches).

Douglas fir trees originate in the Northwest region of North America. This would include western Oregon and Washington state. The typical climate of this area will vary based on the season. Summers are cool usually getting no warmer than 80 degrees Fahrenheit and winters are cold reaching lows sometimes below freezing. Cones bear seeds that will drop around bare grounds destroyed by wildfires. Douglas fir bark has evolved to be a thick insulator protecting the trees from brutal climate conditions and wildfire.

Douglas fir bark is naturally very acidic with a PH range of 4.0 to 5.0. In addition, as fir bark breaks down over time, PH levels will gradually drop even lower. The effect this will have on a vivarium depends on the amount of bark being used. Furthermore, nutrients like nitrogen will leech from the compost. This can be very beneficial for terrestrial plants in small amounts. Mixing fir bark with more basic types of substrates can help keep overall soil PH in an optimal range where plants can absorb all nutrients equally.

Douglas fir bark has proven to be useful in various types of vivariums. In biotypes made up of mostly land, fir bark is commonly used as substrate media. Depending on what will inhabit the enclosure, this media can be used as a standalone byproduct or a soil amendment. In reptile-specific tanks, like a serpentarium for example, fir bark can be used as a sole source of media. For planted tanks, this material should be used as a supplement to the substrate and mixed in as needed. We will go more in-depth with how to specifically use it in the next section… Here is a recommended list of vivarium types compost is commonly used in:

Fir bark has a very specific purpose when used in vivariums… Retain water and provide aeration to roots. In addition, as this material decomposes, it will aid in keeping the substrate acidic as well as provide some nutrients to nearby roots. This can be established in a number of creative ways depending on the form it is being used. Just about all animals and plants can benefit from Douglas’s fir bark in one way or another.

As we mentioned earlier, fir bark can be used alone in any reptile enclosures. This type of substrate is buoyant enough to provide comfortable bedding for snakes and lizards to rest on. Burrowing behavior is encouraged due to the natural ground this substrate creates. Douglas fir bark is a soft substance making it safe for inhabitants to dig around. Furthermore, this type of bark takes a while to break down meaning it will last for years before needing to be changed.

Epiphytes that thrive in acidic environments can benefit from the use of fir bark as a standalone substrate. Plants like orchids, moss, and some ferns would be good examples for reference. For more common types of vivarium plants, douglas fir bark should be used as just a soil additive. It should only make up one-quarter to one-third of the overall substrate at most for many practical terrariums. Fir bark doesn’t possess all the nutrients a typical plant will need to survive so it will need additional supplements if no other part of the soil makes up the rest of the necessary nutrients.

Like most bark intended for vivarium use, douglas fir bark has a multitude of benefits. It’s relatively light in weight and easy to use. It is an eco-friendly alternative that can be obtained without causing a major drop in species. Furthermore, fir bark will last for years before needing to be replaced. It provides aeration to the substrate as well as water retention. In addition, this will help maintain moisture in vivariums cutting down on the need to rehydrate every so often.

On the contrary, once douglas fir bark does start to decay, it will lose its water retention and aeration capabilities. The opposite effect will begin to take place, smothering roots, and drowning them in a sloth of saturated substance. PH levels will continue to drop as the bark breaks down which can throw off the nutrient intake of plants. This material on its own provides very little nutrients. Furthermore, supplements will have to be added if the material isn’t used as a soil additive.

When buying douglas fir bark in various forms, shop with companies that know how to properly process the compost. Manufacturers should be open about how they maintain this material and where it is being harvested. Always go with a company that is transparent about its practices and mindful of the environment. Click the image below to find out more about the current price and other relative info:

Preparing fir bark for any sort of potting mix, including vivariums, will not require additional shredding like some bark. Douglas fir bark comes pre-grounded in a number of grades (medium, small, and fine). This saves time and generally provides better consistency than many other types of bark that require additional shredding. In addition, a bark shredder can be purchased to grind material down further if you choose to do so. If you decide to cut bark using a knife, you can do so as well. Just make sure to cut away from your body to avoid injury.

When it comes to compost, there are an array of options one could consider. It mainly comes down to preference and intent of use. Douglas fir bark has its share of benefits, but there are downsides to using it solely. If you’d like to see other options or looking for other grow media to combine with this compost… Here are some good suggestions for secondary layer substrate alternatives you may consider: 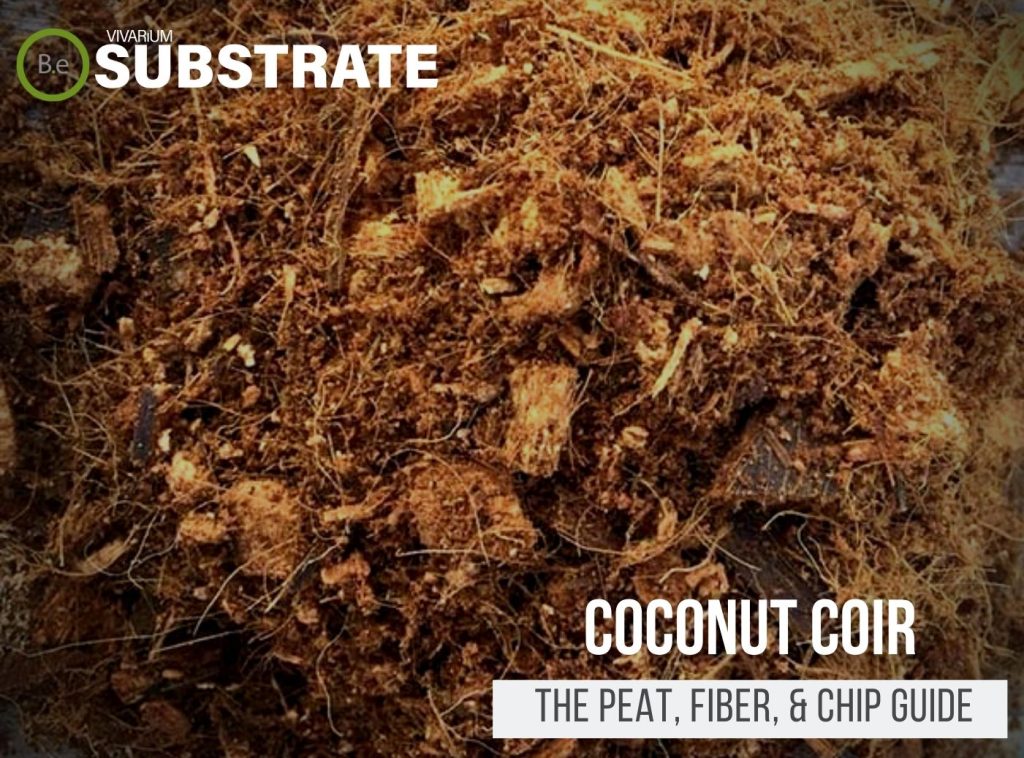 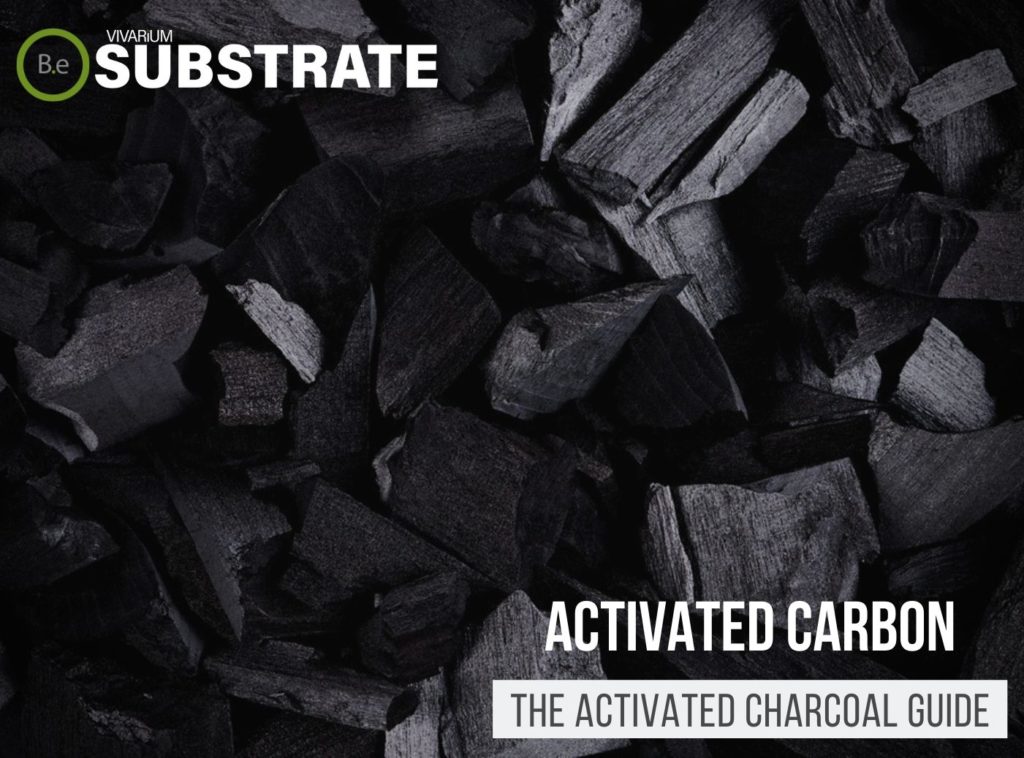 In conclusion, douglas fir bark is an excellent addition to substrate mixes. It provides aeration, moisture, and more surface space for microbes to accumulate. I wouldn’t recommend this type of material for aquariums or aquatic areas in general due to the issue of floating debris. Fir bark is great for orchids, moss, and other types of epiphytes that require high porosity soils. This substance will last years before needing any type of overhaul and can really benefit acidic environments. If you are reading about this type of compost for the first time, what do you think about it as far as its use in vivariums?