Feather moss is one of my favorite mosses to see used as a terrarium plant. It has a unique look and carpets very well. There are a number of moss species in the Hypnaceae family that hobbyists often refer to as feather moss. Today’s post will cover the Ptilium crista-castrensis species.

What Is Feather Moss?

As I mentioned earlier, Hylocomium splendens and Pleurozium schreberi… Two species of moss from the Hypnaceae family… Are also referred to as feather moss. Ptilium crista-castrensis, in my opinion, is better suited for a vivarium because of its greener, more full, carpeting look.

Ptilium can bond to the wood really well giving the hardscape a more aged and unified look.

Besides feather moss, Ptilium crista-castrensis is also commonly referred to as plume moss, knights plume moss, and boreal forest moss because of its egg shape and appearance and where it’s commonly found.

Ptilium has long narrow stems that garnish feather-like pedals on the tips. Generally, this moss is green and will often vary in lighter or darker shades depending on how much sun it receives. Feather moss is often misclassified with fern moss because of its similar cone-like appearance.

Feather moss is native to the forest regions of the northern hemisphere also known as the boreal forest. The climate is generally cold with temperatures often ranging below freezing.

This moss is commonly found in a woodland type of environment on the forest floor of areas with a high density of trees and decaying plant litter. Feather moss seems to thrive most on decaying wood.

Like many mosses, feather moss tends to prefer to be on the more acidic side of potential hydrogen. In the wild, this plant is often found on very acidic soil or rocks with highly acidic surfaces. Ideal PH levels will be in a range of 5.0 to 6.0 but this moss can survive more neutral levels.

This type of moss will do great in a variety of vivarium types. When deciding if rather or not to use this moss in a particular type of enclosure, Be sure to go with setups that have dry terrain areas. Here are recommended vivariums this moss that will do well in:

Ptilium moss is a terrestrial-based plant. It will not do well partially submerged or fully placed underwater. However, it does thrive in a moderately damp, well-drained substrate. Place this plant on the foreground of the vivarium floor as well as hardscape surfaces and let it carpet naturally. This type of moss will be well suited for terrariums with a lot of leaf litter.

Feather moss can grow on a number of substrates due to its unique way of absorbing nutrients and shallow root structure. In the wild, this plant is typically found on decomposed branches of wood and peat litter. Wood and stone with a thin line of soil will be the most natural type of surface for feather moss to establish itself on.

The boreal forest feather moss is native to provide a nice canopy of shade for this plant to comfortably settle into. Exposing this plant to direct sun will dry out or burn this moss out. When setting up lighting within the vivarium for this moss, a high level of brightness would be ideal.

The tank should not be in direct sunlight and preferably away from any type of artificial light that produces UV. Aim for cooler color lights that mimic a cloudy day or shaded forest, Like LEDs!

When shopping for possible feather moss for sale, expect a few key indicators you are buying the best quality plant. The moss should be snail free along with any other type of pest. The source of moss will usually be sold in small tissue cultures, ready for you to propagate.

Ptilium, are pleurocarpous plants, meaning it grows outwards. When propagated correctly, it will sprout small stems with spores on the tips that blow off. Allowing the moss to spread out.

The process of propagation for feather moss is common to other types of terrestrial-based moss. Place the transplanted piece of moss over top of a damp medium or wood and press firmly. Keep the moss moist during the establishment phase with low ph water. Rainwater or freshwater from a fish tank will do.

Once mood moss is established on the substrate it is pressed down on, it will begin growing into a carpet. Moderate lighting and watering until the moss is acclimated. Cut back on the amount of water given if you notice overwatering.

The best-case watering scenario would be to mist moss when you see signs of dehydration. Allow feather moss to fully dry before further replenishing. This is a plant that does not do well in constant moisture for long periods of time. If using a mister or fogger, feather moss should spend the majority of the day dry with plenty of airflow.

Furthermore, if for some reason you find this moss hard to acquire or would like to consider something similar to this type of terrarium moss… Here are some other plants you might find may do well with or in the place of Ptilium crista-castrensis: 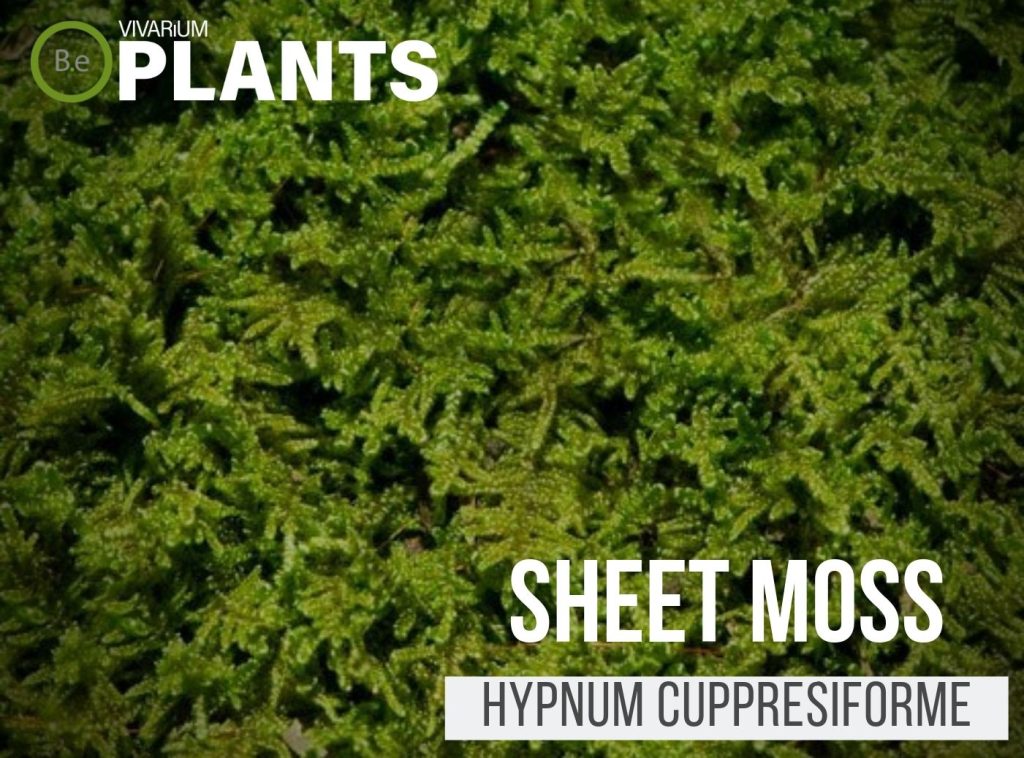 I really love the look of feather moss. It’s a well-suited moss for a vivarium that strives to have a forest-like environment. Ptilium moss is one of the few species of moss capable of handling lower temperatures. If you live in an area that is cold the majority of the time, you might find this moss to be more easily manageable than other mosses.

Feather moss is a striking dew–drenched moss species that has an ephemeral, almost “feathery“ appearance when wet. It is a bright green color and the fine strands of its soft foliage can easily be identified by its long, threadlike leaves that stand out from the rest of the moss.

What is feather moss used for?

Ptilium crista–castrensis (feather moss) is a type of moss commonly used as a soil cover and decorative element in vivariums. It often serves as a low–lying ground cover and can provide a naturalistic look and feel to an enclosure, as well as helping to retain moisture and absorb odors.

How do you take care of feather moss?

Yes, Ptilium crista–castrensis (commonly known as feather moss) is a fast–spreading species of moss. It spreads via fragments and spores, allowing it to quickly populate moist and shady conditions.

In its natural environment, feather moss serves as a food source for a variety of animals, such as deer, rabbits, moose, and even some insects. In addition, while it may not directly feed on Ptilium crista-castrensis, birds, amphibians and even small mammals may indirectly benefit from its presence by taking advantage of other food sources it attracts.