There are undoubtedly a countless amount of patterns Sandstone can form. As of lately, a popular style to come along in the vivarium hobby for hardscaping rocks is the staggered layer formation. Pagoda Rocks are becoming one of the most saught after stones that suit this style perfectly. This article will dive deeper into the understanding and maintenance of this unique rock.

What Is Pagoda Rock?

Pagoda rock is a clastic sedimentary stone mostly consisting of quartz minerals and iron oxidized clay. This rock is a type of Sandstone that has a significantly unique formation. Like most quartz-dominant arenite rocks, This stone is made up of mostly silica minerals (sand) and a small percentage of clay/mud cementing it together. One noticeable difference between Pagoda Stones and other types of Sandstones is the staggered formation of layered bedding.

Being composed of mostly quartz, Pagoda Rock is completely safe for all types of vivariums. With the matrix consisting of clays and muds, it would be more favorable in planted freshwater biotypes. Any possible leaching of oxidized irons from the red clay would be beneficial to the plants sharing the enclosure. The thin-bedded layers that make up the rock are firm and rugged, giving the stone a hardness scale of 6 to 7. A rock of this composition will do great in vivariums that house rough animals that tend to graze.

Sandstones like Pagoda Rock have a very rough surface due to its mineral make up. It is a dense stone that lacks porosity by virtue of the clay matrix that fills the pores during formation. The average density of this stone is between 2.00 and 2.60 grams per centimeter making it a moderately heavy rock to work within large pieces. An observable amount of holes and linear crevices can be found throughout the stone. Cutting the stone in half would reveal that inner parts of the rock are also permeated with holes.

A closer look at the mineral grains will reveal rounded sand-like fragments and small rocks cemented together. Pagoda Rock rarely exhibits fossils or specs of fossil remains due to its formation in high pace environments. This stone is usually found in colors like red or brown attributed to oxidized metals leaching into the clay during formation. Furthermore, the dark shades of gray found throughout this stone are the same type of iron and magnesium minerals contained in the clay without oxidation.

Pagoda Rocks are typically found in high energy environments where a long-distance of mineral transportation accumulates. These are going to be aquatic areas like rivers, streams, and beach shorelines. A mix of rounded coarse-grained sand and fine-grained clay eventually settle along the banks of marine environments and cement together forming this kind of Sandstone. Over time, the process of sand beds being layered and eroded from constant high winds and rain cause loose particles to fall out… Resulting in the deep crevices left behind on the stone.

Due to the high energy habitat that Sandstones from under, they are rather hardy rocks that won’t dissolve as fast as other sedimentary stones. This makes Pagoda Rock an inert stone suitable for many types of vivariums. The strong composition of quartz is a long-lasting mineral that has no effect on buffering PH up or down in the water.

Be wary of darker colored Sandstones that carry relatively large amounts of stained oxidized irons in the clay matrix. The leaching of metal into an aquarium can be beneficial for plants but large amounts can be lethal for some inhabitants.

Sandstone can be used in saltwater aquariums as well as freshwater. I’d recommend using this type of rock in tanks that consist of mostly softwater and have some type of plant. This rock can be stacked in almost any fashion. For a natural aesthetic look, make sure the bedded layers all flow the same linear direction, Preferably vertically.

The signature look of this rock alone is a huge plus and reason for its popularity. Sandstones like Pagoda Rock are generally inert making them ideal for softwater enclosures. Inhabitants that require rocks in their tanks will find this stone very capable with no sharp edges due to its coarse-grained composition and fragment style breakage. It will also maintain its desired formation even when it’s divided into multiple pieces.

Over time, Pagoda Rock will leach small amounts of iron and magnesium consistently. This can be lethal for fish and invertebrates that are sensitive to metals as well as harder water conditions. Having a number of small holes will make it harder to clean or remove unwanted elements from the rock entirely.

Another concern is the weight of Pagoda Rock. This amount of density per squared centimeter will make it potentially dangerous for the glass as well as the inhabitants if not secured correctly. Never place the rock on the bare bottom of the tank or up against the side glass. The concentrated levels of pressure focused on the edge of the rock could cause the glass to crack.

Finding this particular style of sandstone can be difficult. For the sake of assuring the stones, you seek to purchase is safe for vivarium use, I’d highly recommend going with a source that is selling Pagoda Stones specifically marketed for aquarium use. This will guarantee the product bought is authentic and 100% safe for tank mates. Click the image below to find out more about the current price and other relative info:

Here are a few more useful tips when working with Pagoda Rock for the first time. Inspect the rocks to verify the intended type of Sandstone has been acquired. Even if the stones have been prewashed, it is always good practise to rinse rocks once more before use. This type of stone can easily conceal excess dust, unwanted hitchhikers, and additional minerals due to its many crevices.

As I mentioned earlier, it is always best to reclean Pagoda Rocks before vivarium placement. This will matter more for aquariums, ripariums and paludariums since unclean stones can cause water to change color. Begin by placing stones in a bucket of cold water. Scrub and redip each stone thoroughly in the bucket of water. Rinse and repeat this process until you are able to place stones in a clean bucket of water and observe no noticeable change in color. Avoid using chemicals or strong water pressure on the sedimentary rocks so they aren’t worn down drastically and lose their aesthetics.

The cool thing about Pagoda Rock is it can be cut or broken apart and still maintain its eccentric form. Use a chisel kit to crack this stone into desired parts. This rock breaks into fractures and can prove difficult to break due to its sandstone level of hardness. Carve out caves or holes and use the remaining fragments as additives to the substrate to create a more natural-looking environment. No matter which way the rock is broken up, make sure to wear safety goggles because parts of rock will go air born. Also, reclean rocks as needed once they are broken.

When designing a new enclosure for the first time… It would be best to stick with one type of stone to use as a hardscape. Furthermore, this type of rock can be hard to come by depending on where you are located in the world. If for any reason, you find Pagoda Rock difficult to acquire, or simply want to consider something different… There are a wide variety of stones to consider. Here are some other types of stones one might find are worth taking a look at in the place of this Sandstone: 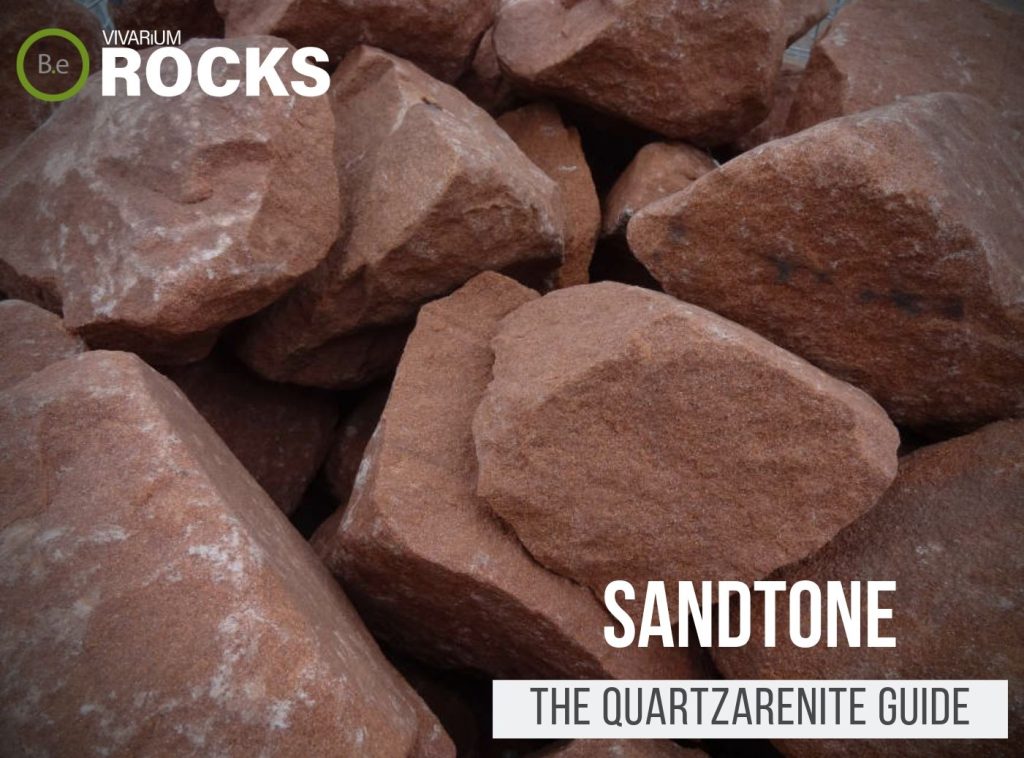 Sandstone is a common rock used as vivarium rocks. They come in a range of different varieties depending on it’s origin. Figuring out which type is right for an aquarium can be difficult but hopefully, this guide will help understand a specific type that is great for your enclosure. The particular type this article will… 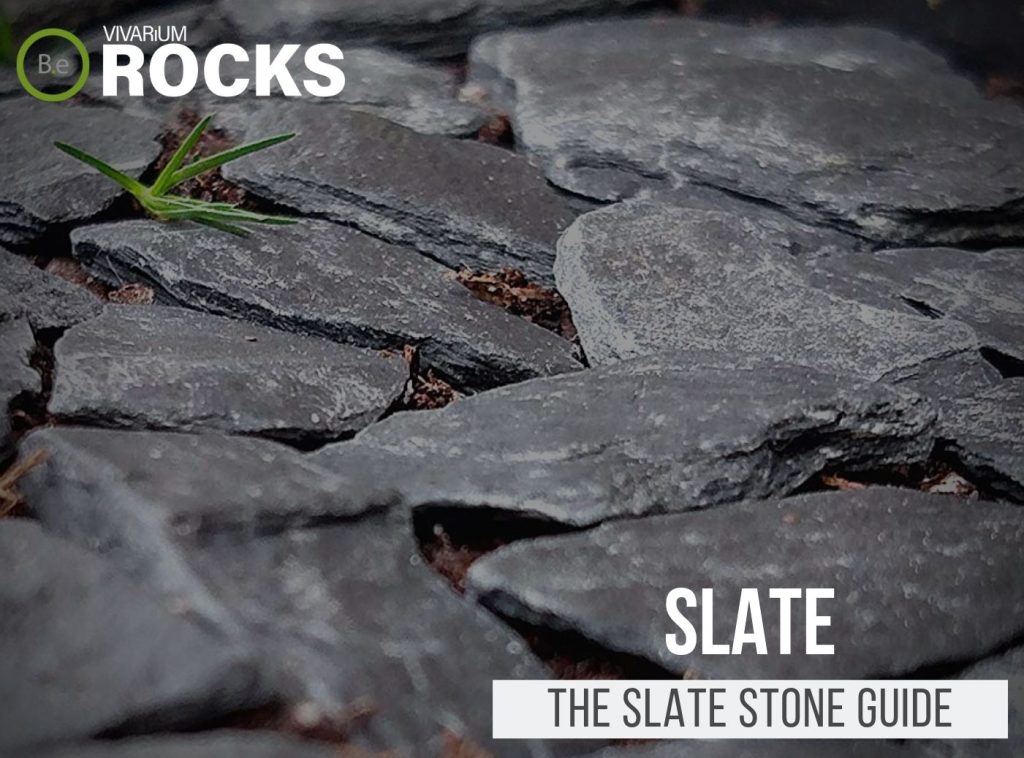 Metamorphic Rocks can make a great source of material when it comes to hardscaping an aquarium or terrarium. These types of stones are a compressed version of sedimentary rocks which we know to be very popular amongst vivarium enthusiasts. This article will provide a deep dive into slate rock and aim to cover every aspect… 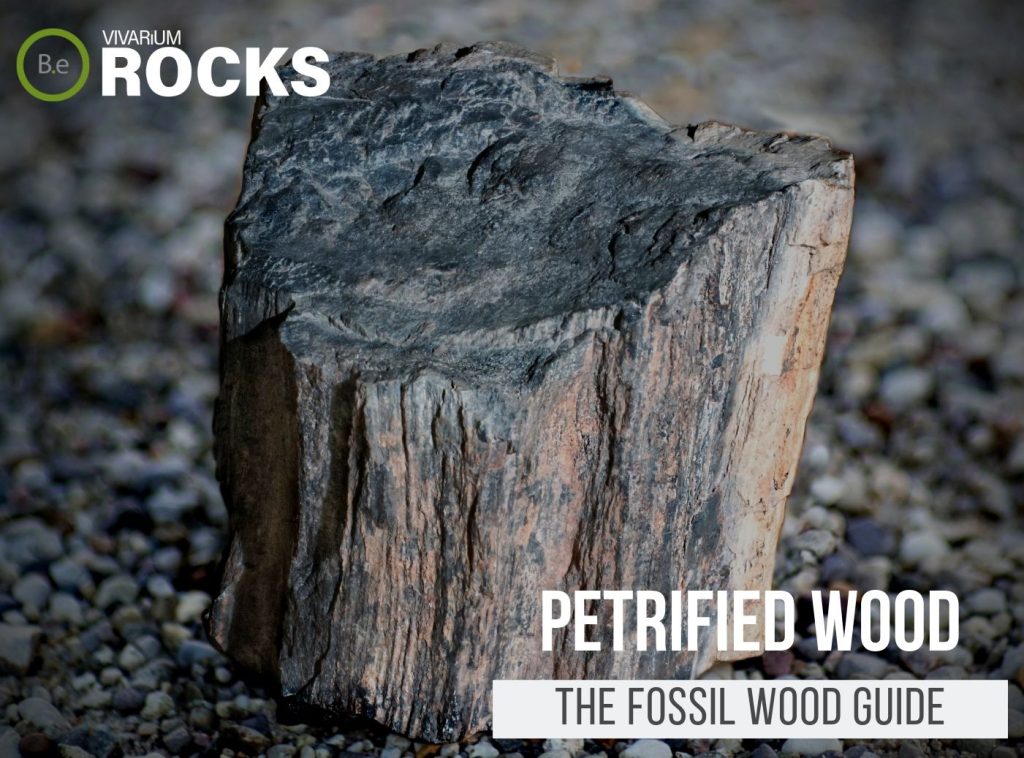 Pagoda Rock is an excellent choice when it comes to building a softwater enclosure and picking the right hardscape stones. When used correctly, it can have a number of benefits on both the vivarium plants and the tanks inhabitants. Acquiring the stone can be a bit of a challenge and no two pieces will ever look similar. If you are able to get your hands on a considerable amount of Pagoda Rock, dont be alarmed if it doesnt quite look the way you anticipated. Let me know what you think about this stone now that we have provided a better understanding of it.